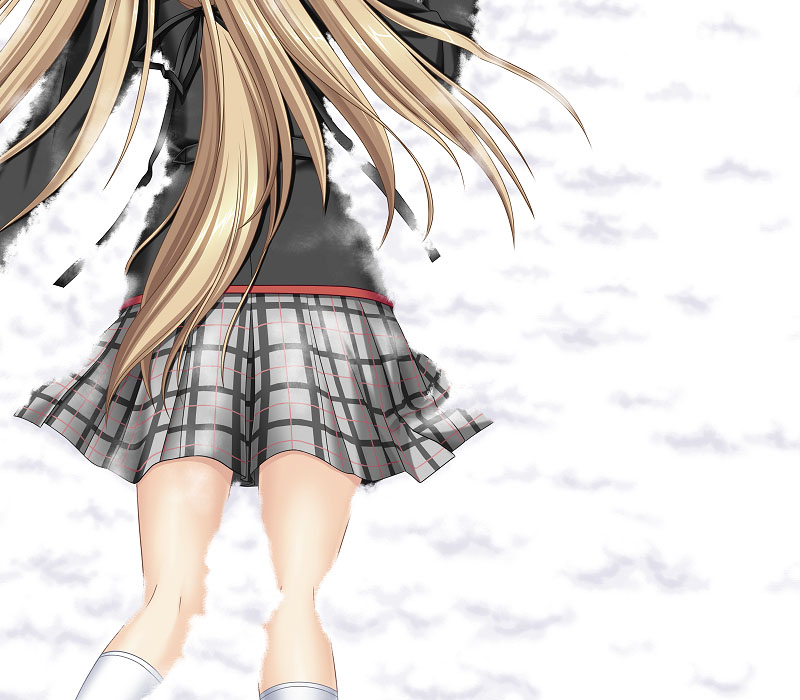 Note: This visual novel consists of a few R18 scenes at the end of each route.

I did promise a D.C. III review, but I’ll get to it another time. I need the time to play through it! So before that, here’s a writeup of a route, in a visual novel that I think is highly underrated.

The reason probably lies in that Little Busters EX only has fan translations in Mandarin, but not in English. That, and Little Busters has atypical elements that repels action fans, after all, it has pretty much, a very long story to read. It took me 67 saves at every choice, including the common route choices. Of course, it wasn’t necessary, since the game has a “Back to previous choice” button, but I did this out of habit.

Seeing as I began on 28/6, it took a whole afternoon and two nights to finish through Saya’s route, including the skipping I did for text in the common route, that are available English translated in Little Busters (all-ages). I’ve read already after all.

Out of the other heroine’s routes, Saya’s route was the one that required the most saves. In Saya’s route, Saya plays a spy that has to infiltrate a 8F dungeon to reach the world boss. Without spoiling the main part of the setting of Little Busters, it’s difficult to explain the close-to-impossible UFO-like strangeness of Saya’s route, where common sense gets overturned and you get to fire (virtual) bullets at enemies that flip a 180°. Some of them even fly past like spacecraft. Of course, there’s a reason for it in the lore. The world boss is mocking Saya that he can control his shadows even in this manner. Too bad we don’t get Touhou-bullets-like moving enemies to fire at, that would be sooo easy. 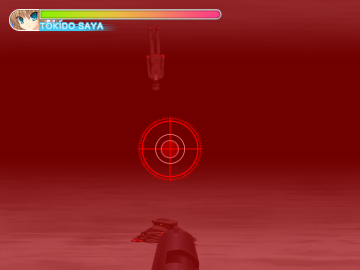 All in all, it’s a pretty fun experience, and you’ve got to love Saya making embarrassed noises when Riki touches her hand or pets her head.

Yaaaaaaa! I’m a virgin, can you take responsibility?!

All the comedy in the route aside, Saya’s deaths are actually pretty cruel in dungeon when you get to play as Saya. She gets killed by a stone crushing her head, sharp booby traps slashing her head, and the ultimate undodgable 3-part laser. Thankfully you don’t get all the bloody details unlike in Mahou Shoujo Madoka or Killer Queen. Oh noes. Poor saya…

Well, as compared to any other visual novel, Little Busters has a good balance of game and story. You get funny dialogue at every stage of the dungeon as well as figuring out how to solve the puzzle to advance to the next stage. In the meantime, you blast enemies with a mouse-controlled gun. Gameplay aside, the story feels like something really philosophical and abstract. But if I were to break it down and analyse it here it would spoil the story pretty deeply. 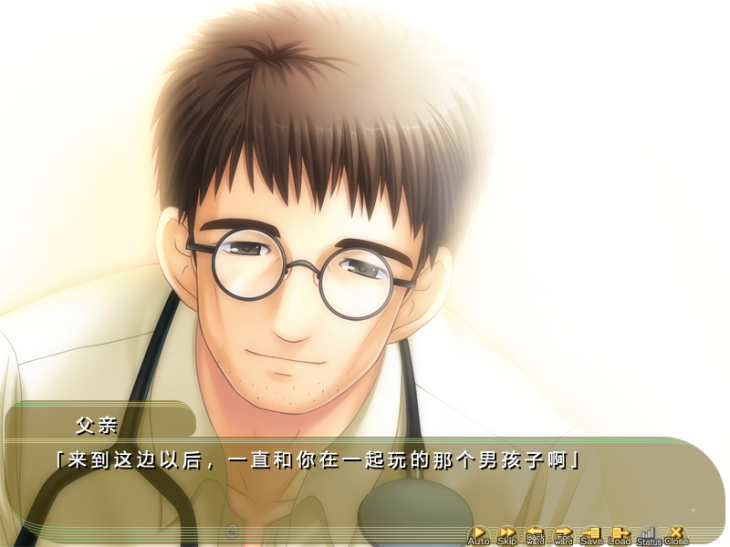 After coming here, the boy who’s always playing with you

Aya’s father, and Riki is the boy she played with when she was young. Probably. But that’s not all there is to it. [spoiler]  She wanted a time machine to go back to the happy times before the war. Upon death, she entered the world that was created for another purpose. And the world creator sent her away at the end.  [/spoiler] I’m guessing the Japanese concept of soul is quite diffierent than that of the Western concept. It doesn’t give off a cold scary feeling, just a warm one.

The flaw with this dungeon styled route is that the buildup to romance is pretty disjointed. Normal visual novels have no dungeons in between dialogues, (we’ll look at Kamidori Alchemy Meister another time), so they have quite good control over the romance development. But with all the intervening gun-firing in Saya’s route, it’s slightly more difficult to connect the dots that the romance is building up, thus the R18 scene seemed to come nearly out of nowhere. It could have been better if they showed how desperate Saya was, like “****! I’m gonna die anyway! This is my first and last time with you!”. A bit of foreshadowing would be fine!

That’s right, just follow this feeling and it will be okay

Basically, it’s really awesome and I’m not going to spend another 3 more hours thinking how to put in into words so I’m cutting it off here. It’s almost like a huge fairy tale that casts its magic on you. It’s just really Key-like. For more by the same developer Key, check out Clannad and the much-more-popular-and-hyped Rewrite.

(Captions are translations. Spoilers have been whited out, unless you’re using WordPress Reader, can’t do much about that.)