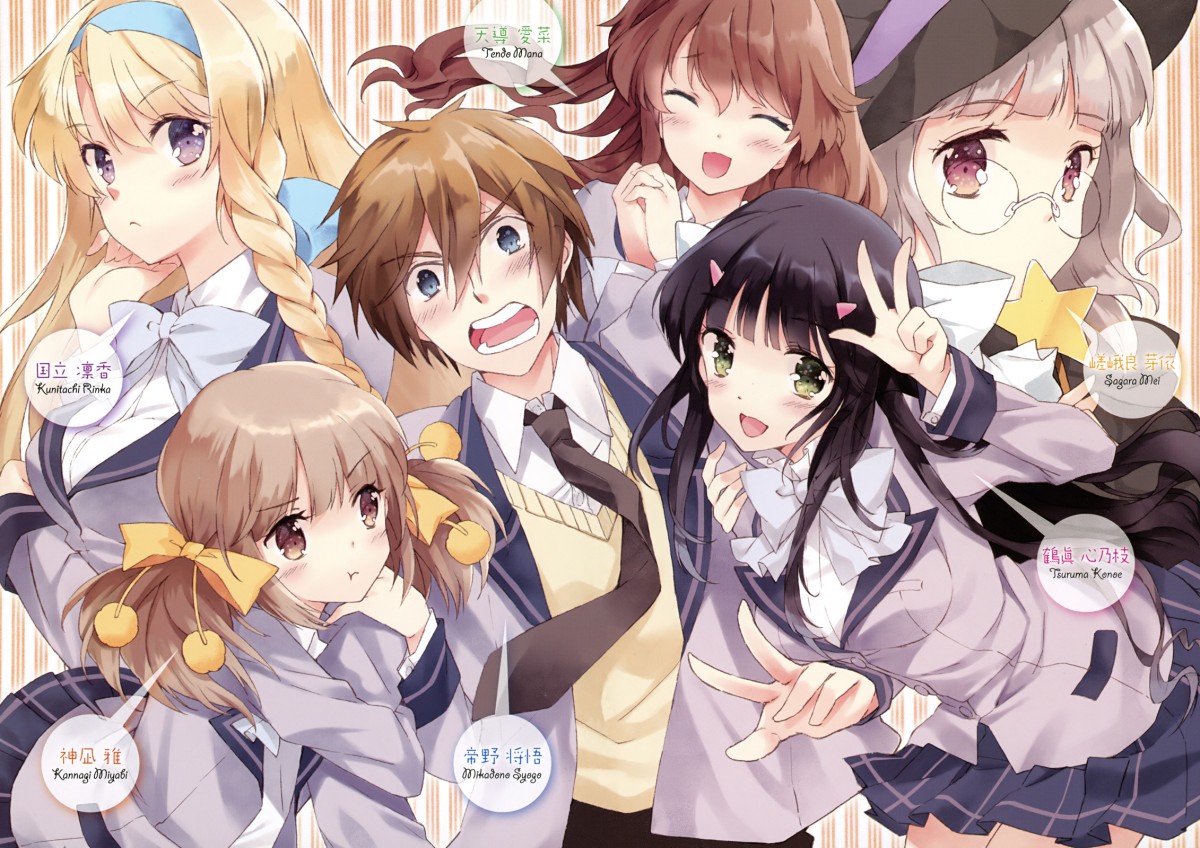 Mikadono Shougo, son to a rich and powerful company chairman, has to attend school to find a girl he is serious on before he can inherit the company. On his father’s funeral, a mysterious girl claiming to be his sister says she has come to marry him before disappearing. When he attends his new school, he finds out that his sister might be amongst the girls around him. How will he choose when he is not sure who is his sister?

Premiered in 2012, this typical romance harem anime, NakaImo, has a somewhat chalky appearance compared to most recent anime, but nonetheless acceptable art quality. Or perhaps just where I source my anime from.

For a show that I dipped in midway as a break from the more serious and deeply intertwined characters of Domestic Kanojo, this anime is by far more light-hearted and has less intense drama. The only overarching concern for the main character is the identity of his younger half-sister. Although the anime throws some false identities, it isn’t meant to be a serious show since they throw in a lot obvious hints to the audience as to the true identity of his sister and who are the enemies to Shougo. From these hints, the audience gets a clearer picture of the entire plot earlier than the protagonist reveals them, which might cause a little irritation on our part as we see our protagonist struggle to solve what seems obvious to us.

Nonetheless, it is rather enjoyable to warmly observe as our protagonists goes through his everyday, with lots of fanservice and comedic moments.

Overall, a light-hearted watch, not worth much scrutiny, but worth a watch if you are bored, or slightly overwhelmed by the intense drama or plot of another show.

My favourite character for this show would be Ikusu or Mister X. Being the best girl/ reverse trap and helping the protagonist at his side, she really makes a good support character. Of course, having girls misunderstand that BL is happening also gives me a good laugh too.

Tanaka’s poking at loli-sensei also serves as good comedic relief. Yuzurina looks quite cute with nice blue eyes and black hair. I don’t think many real Japanese people have that though, probably a half or mixed blood.